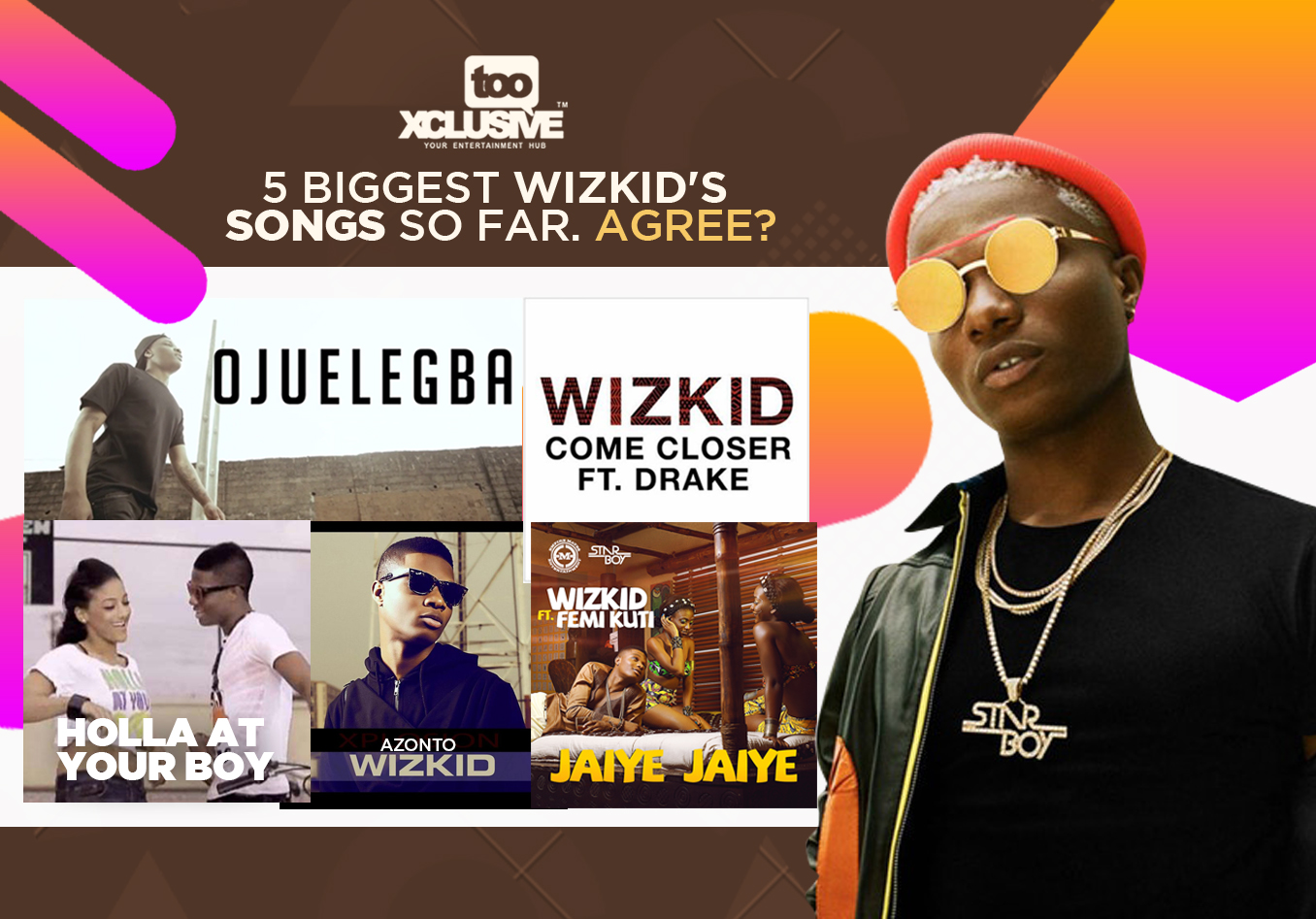 Wizkid started his music career officially in 2010, since then, it has been nothing but organic growth for the Starboy whose music has broken past several boundaries. His career is still not a decade old but Wizkid is already being touted as the Nigerian artiste with the highest number of hit singles as well as awards, in his repertoire. The Starboy is widely believed to be unmatched in terms of International recognition. No wonder, he is nicknamed “the King of Afro-pop.”

After much deliberation, we have outlined the 5 biggest Wizkid Top Songs.

This is the song that went from a sleeper hit, to being an international pass for Wizkid’s career. Off the AYO (Joy) album which was released in 2014, Ojuelegba became a massive hit after Canadian rapper, Drake spit some bars on it.

A song outsourced from the deep roots of the Afrobeat genre, Wizkid and Femi Kuti channeled the later’s father signature sound to produce what was the biggest song in 2013.

Although Wizkid wasn’t the first to attempt musical expression on the Ghana-Nigeria sound, he was perhaps one of the very few artistes to popularize it. Azonto was released as a freestyle track but nobody cared, it went on to gather a heavy buzz across the continent and beyond.

Like every other artiste tries to achieve, Wizkid’s first official single under the now defunct EME label did more than just introduce him to the music scene. Holla At Your Boy gave us a glimpse of the star Wizkid would eventually become. Matter of fact, it would be hard to omit this classic tune when discussing Wizzy’s career.

Another landmark song in Wizkid’s career. Come Closer is the Starboy’s biggest collaboration, the song was housed on his third album; Sounds From The Other Side (SFTOS), which was released in 2017.