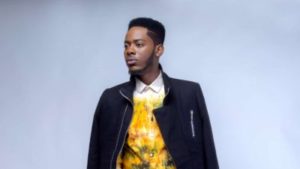 Since Wizkid missed his highly anticipated Coachella performance, the globally acclaimed arts and music festival has become a major topic in Nigeria and a lot of people are of the opinion that African music missed its chance of representation on one of the biggest stages but Adekunle Gold is offering himself as a candidate to represent Africa on the Coachella stage, next year.

Adekunle Gold put out a tweet stating that he wants to perform at next year’s edition of the Coachella festival. It might seem like a long shot but Adekunle Gold has shown that he is a go-getter. The singer’s success with the urban high life music genre has given people reason to trust in his mission to take his music to the Coachella stage even though a section of the Nigerian music audience doubts the singer’s ambitious mission.

One of Adekunle Gold’s doubters replied his ambitious tweet calling the singer a dreamer whose music is not worthy of a stage like Coachella. Adekunle Gold who is known for his savage responses, dished one out to the doubting Thomas.

I want to play Coachella next year.

I can’t wait to shit on you bro. Saved this for the future. https://t.co/QBJeD5TcUy

The post Adekunle Gold Sets Coachella Target For Himself appeared first on TooXclusive.