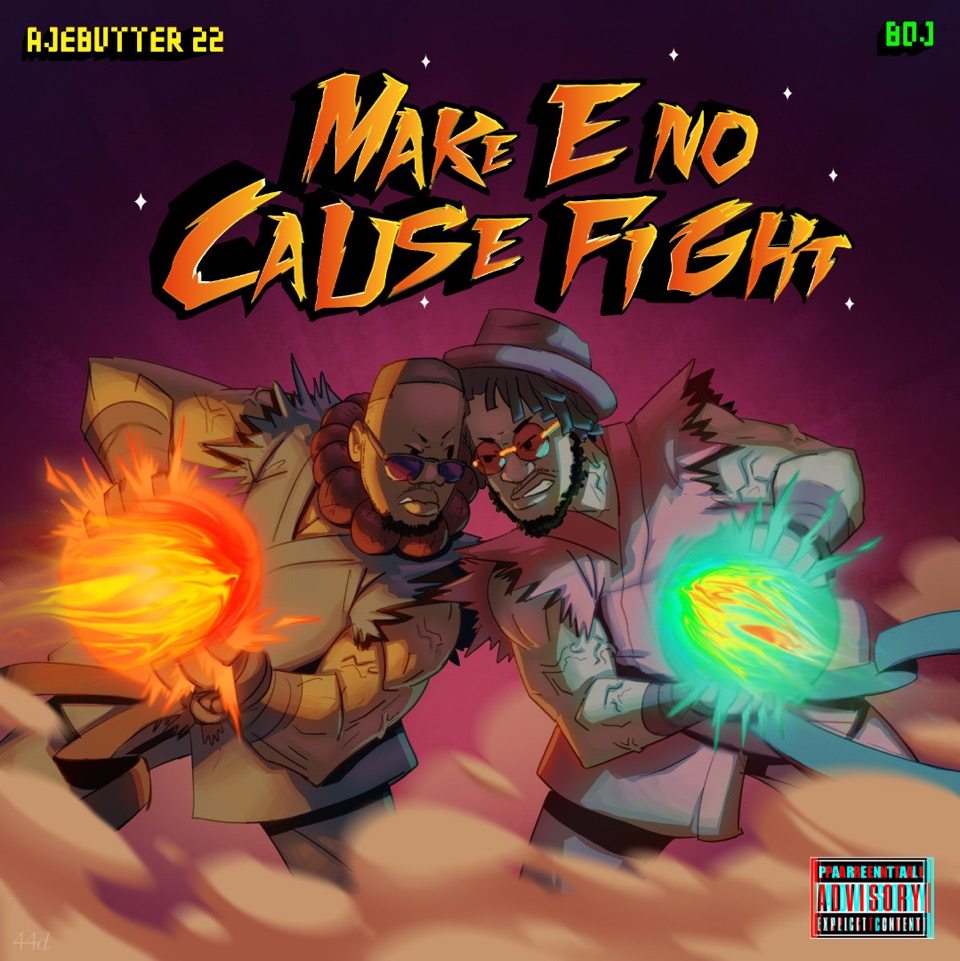 Favourite music duo and occasional collaborators, Ajebutter22 and BOJ have unveiled the official artwork and tracklist cover for their joint EP titled “Make E No Cause Fight”

Sequel to the release of the lead single “Yawa“ from their anticipated joint effort which had been previously announced, Alternative and Afro fusion music stars, Ajebutter22 and BOJ (on the microphone) are whetting appetites for this incoming body of work by giving a preview into the cover art of the EP and what the tracklist looks like.

With a release date already set for the 18th of May, the EP titled ‘Make E No Cause Fight’ features both Ajebutter22 and BOJ in their best element as music marshals in lyrical writing and vocal delivery. The 5-track EP also explores musical creativity from the minds of producers Spax, E-Kelly and Studio Magic, likewise contributions from singer/producer Tay Iwar, and music associate Teezee.

Pree the tracklist cover below. 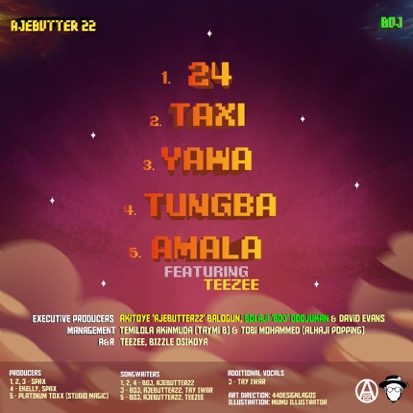