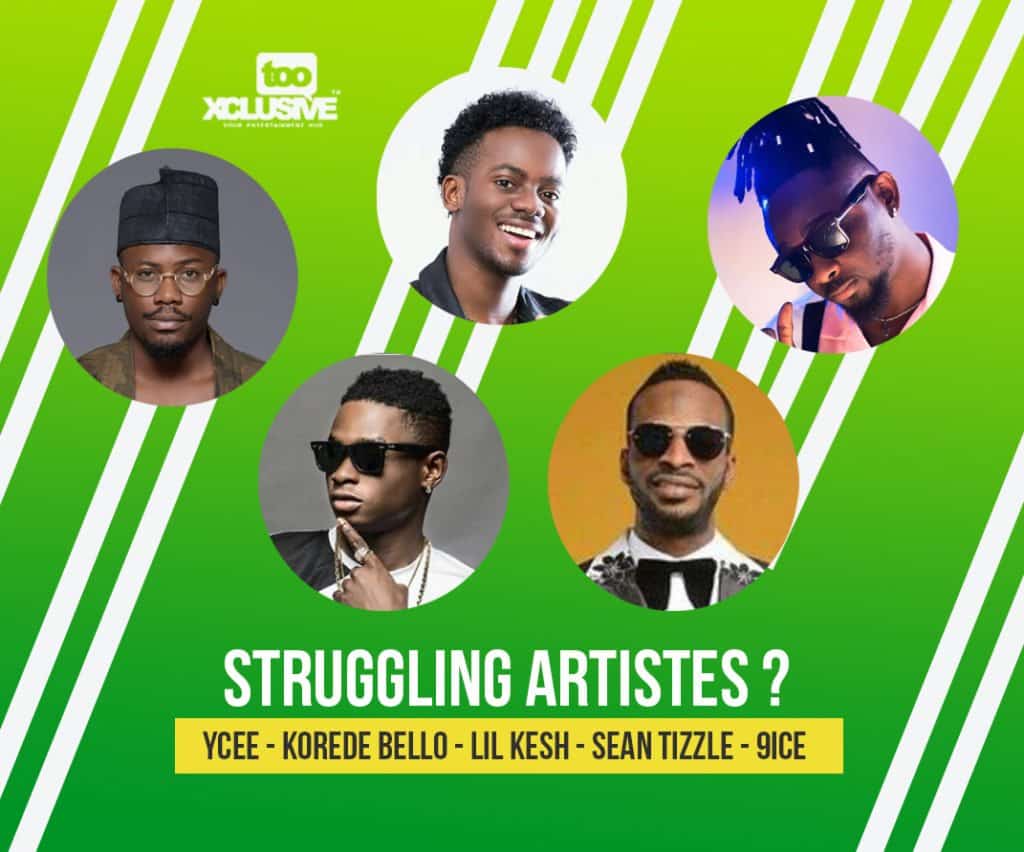 Every big artiste has their drought phase, for some it comes early, while other experience theirs much later in their music journey. Countless artistes both in Nigeria and globally have been forced into ‘hiding’ due to their inability to conquer this struggling phase.

In Nigeria, struggling artistes are usually spotted very quickly from the decisions they make which are mostly perceived as desperate. While putting up a glamorous front to their fans, some of these artistes actually find it difficult to score themselves a hit single and this can sometimes never happen.

Today we outline for you a number of artistes who recently have been struggling with getting back to the peak of their career.

You might feel it is a little too early to have him on this list but we beg to differ. Since his formal introduction into the music scene back in 2015, the Omo Alhaji crooner has been able to stay afloat thanks to a few numbers back to back hit singles leading up to his first EP, “The First Wave”. It’s been over a year, 3 singles later and Ycee can’t seem to find his formula.

Dubbed as Mavin Records “Wonderkid”, Korede Bello went from being an eye catcher of the label to their most silent music act. The singer’s career has taken a heavy dive since he dropped his first and probably only hit single, Godwin. In 2017, he dropped his 11-track debut album “Belloved” and certainly everybody including him moved on quickly from it. The singer’s struggle continued despite featuring Lil Kesh on a remix of “My People” and dropping several other singles.

From a Back to back hit maker to someone we rarely see! That is the story of this once loved, YBNL soldier. Lil Kesh dropped one of the best LP in the year 2016 and failed to follow up on that masterpiece. His switch in management/ label has certainly affected his career. Musically, not much has changed which is why songs like Fake Love, Love story & Apami did not do well.

Sean Tizzle’s race started off with hit singles all the way to his debut album ‘The Journey”. The singer at a time was arguably one of the biggest artistes out of western region of Nigeria. His career however took a dive somewhere between switching producers to controversies about his skin color.

With much respect to what he has done in the music industry, 9ice at a time went silent for several reasons including Political aspiration, marital issues and leaving his first producer ID Cabasa. However, since he staged his mini comeback in late 2016 with songs like Economy and Living Things, the iconic singer has been finding it difficult to stay afloat. Not many are aware that he recently dropped an album this year, his 11th album within a 12 year career span.

The post Are These The Top 5 Struggling Artistes In The Industry? appeared first on TooXclusive.