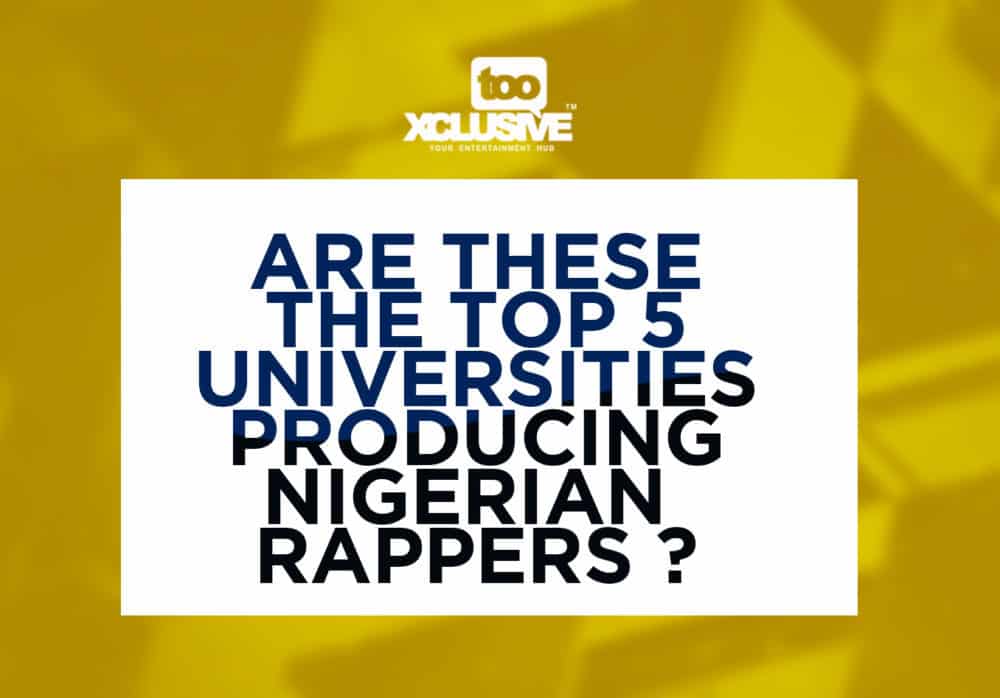 Over the years, Nigerian universities have given platforms to many up and coming artistes, including rappers, to fulfil their dreams of becoming music stars. A good number of these rappers start from making cyphers to doing battles and from there they cross over to the big stage. Vector’s name comes to mind when one thinks of this rap career pattern.

Although it is rarely spoken of, school environs create an enabling atmosphere for music talents to grow. Universities particularly, perhaps because of their high level of social activities, have seen a lot of talents graduate to become music stars. At this point it is important to take a look at which universities have graduated more rap products into mainstream music.

The post Are These The Top 5 Universities Producing Nigerian Rappers? appeared first on TooXclusive.