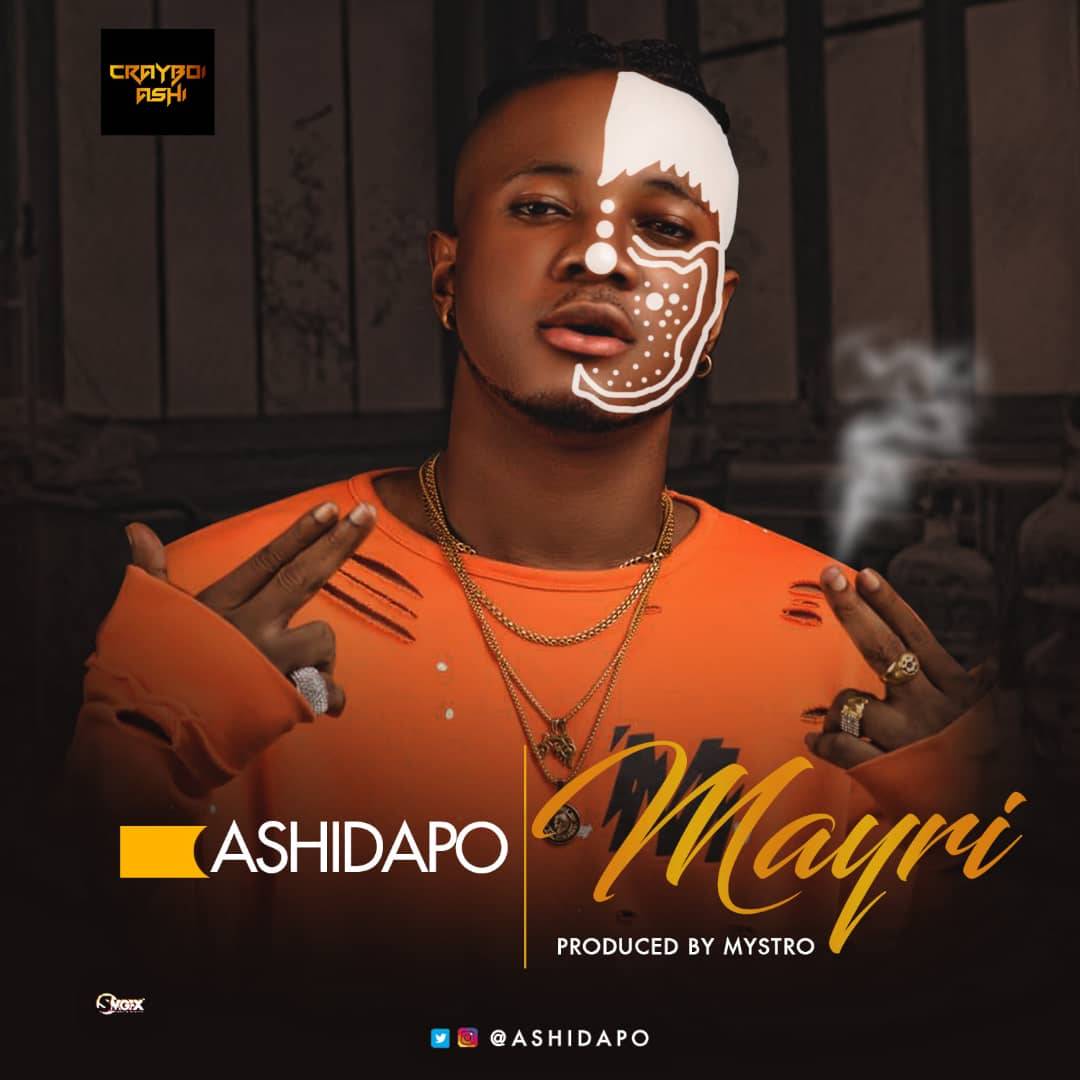 Fowowe Oyedapo David known as ‘ASHIDAPO’ is a fast rising creative singer, songwriter born on June 9 in Lagos, Nigeria. Having released unofficially different song-covers accompanied by one-minute visuals in the past, Ashidapo is now out with his official debut single in 2018 accompanied by a crispy fresh video titled “Mayri”

With deft production credit from the impeccably skilled Mystro, ‘Mayri’ is such a rhythmic, groovy afro-pop tune laced with a feel good vibe to make everyone dance up a storm. .

The video for Mayri was shot & directed by EAD on location in Lagos, Nigeria. Which captures all the comic actions from popular internet sensation Broda Shaggi in all  facets of excitement. Also a special cameo appearance from popular music artist, Wale Turner.

Coming out strong on his first official single, ASHIDAPO promises to release more great hits as there are lots of compilations rolled up his sleeve but enjoy “MAYRI” for now.