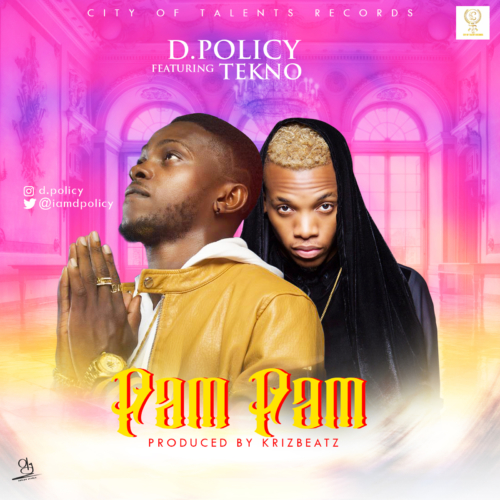 D.Policy continues his impressive start to 2018 with the release of the much anticipated single with superstar Tekno titled Pam Pam. He had greatly impressed with his dope performance on his earlier effort, 911, released in early February.

This new heat, ‘Pam Pam’ is perhaps the best D. Policy song yet and and its every bit as described and also worth the wait. The visuals was directed by seasoned Video director, Matt Max and the audio produced by the buzzing hot maker Krizbeatz.

Talented D.Policy has made giant strides ever since his debut single ‘Ifeoma’ just under a year ago as the talented singer aims to become a house hold name in the industry.

Listen and Watch Pam Pam below, it’ll surely be worth your time.