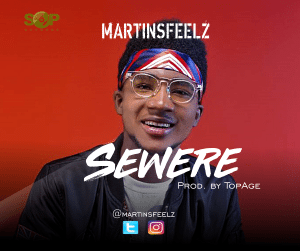 Funke Akindele-Bello and JJCSKILLZ led SOP Records’ signee, Martins Olawale Ayodeji professionally known and referred to as Martins Feelz,
Is has released the video of his sophomore track titled “Sewere”.
This is coming after the success of the singer and rapper’s hit track ‘Ju dice’.

Born in September 23, 1998, signed to Scene One Production Record label jointly owned by JJCSKILLZ and his wife Funke Akindele-Bello ,Martins Feelz confirmed that ‘Sewere’ is out today , 5th of April 2018