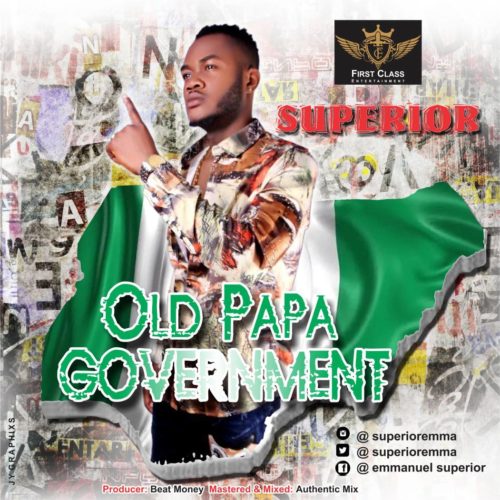 Emmanuel Anazia popularly known by his stage name Superior hails from Delta State. A song writer, singer and a multi instrumentalist.
He released two singles last year “Serubawon” and “Spiritual Love” of which he featured Legendary African China in one of his singles.
Superior decided to release a brand new single titled “Old Papa Government” which talks about the current situation of the country.
Also in the video he reviled the present condition has affected Nigerians a lot.
Check out the song and share your view.
Listen & Download “Superior – Old Papa Government” below
DOWNLOAD MP3
Stream video below