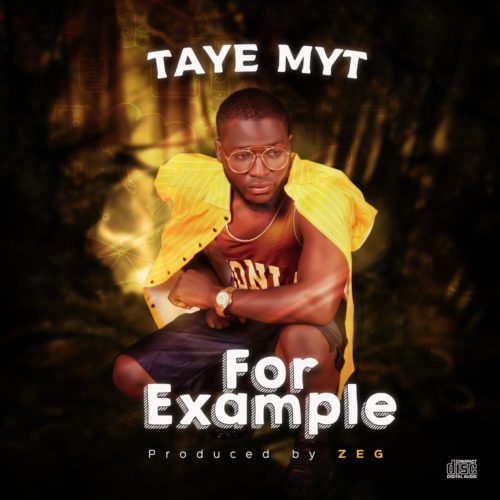 A young exceptional talented artist TAIWO popularly known with his stage name as ‘Taye Myt’ DROP’s another Street banger alongside the visuals title “FOR EXAMPLE” which was produced By Mr Zeg..

He was born in Osun State Nigeria, but live in Benue state. He dropped an awarded winning song in 2016 “KEKE NAPEP” and “GLASS” which took over the GLOBE.