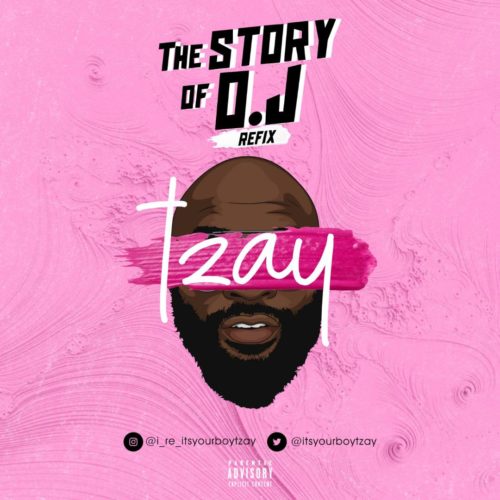 The Story of O.J a smashing hip-hop Sound by Jay-z off his 4:44 album which chart 23 on the US billboard hot 100 and received 3 nominations at the 60th annual Grammy award.
This epic musical success was thus riveting which expeditiously impelled the young Nigerian lyrical allien (Tzay) to run with it with his dope rhymes style.
Tzay took the vibe above the original with his own version of poetry aboard with a viral visual to actualize the versatility behind his brand.
DOWNLOAD MP3
Stream video below
Find out more about this amazing rapper
Instagram: @i_re_itsyourboytzay
twitter: @itsyourboytzay
Facebook: tzayofficial
YouTube: itsyourboytzay
You’re just a click away to Pleasure your ears download below & let it blow your mind out.