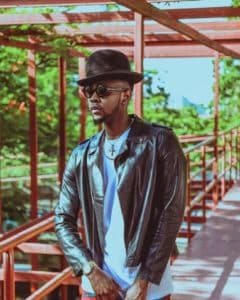 Kizz Daniel might be having his first taste of baby mama drama now that he has been accused by a lady, of impregnating her and refusing to take responsibility for his action.

Chinnysblog reports that they received a note from  a lady who claimed that she is pregnant for a Nigerian singer. The lady revealed the name of the singer to be Kizz Daniel, the front man of Flyboy records.

The note she sent read,

‘Hi CHINNY, I’m CHINNY please help me share this post I’m pregnant for a Nigerian singer Kiss Daniel but he has been avoiding his me and ignoring his calls and emails my my people I heard he coming to Nigeria today please help share so that he will see it and accept his responsibilities.‘

The post was later followed up with another post by the alleged baby mama’s sister who claimed that her sister’s (the baby mama’s) account was hacked. However, she did not refute the claim that her sister is pregnant for Kizz Daniel.