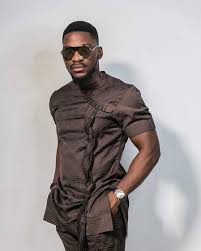 As the BBNaija Reality Show is nearing its end, a lot of followers of the program are starting to come out to publicly support their favorite contestant. Even the music stars are starting to pick sides. Davido, Falz, Orezi and Bisola have announced that they are members of #TEAMTOBI.

Davido revealed his allegiance to Tobi Bakre via a concise tweet which read,

Falz was more expressive about his support for Tobi. The BahdGuy Records frontman took to Instagram not only to reveal his allegiance to Tobi but also to solicit for votes for the most capped Head of House in the ongoing show.

Orezi targeted students and alumni of Tobi’s alma mater, University of Lagos, in his Tweet. He urged them to go all out and vote for Tobi.

BBNaija alumna and singer, Bisola has also lent her voice in support of Tobi. In her recent tweet, she called on her fans to vote for Tobi.

Tobi for the money o! #BBNaija

Listen everyone , if you know you finished from unilag , still in unilag , intending to study in unilag and all Orezi fans out there !! Pick up your phone and pls vote for Tobi right now text “tobi” to 32052 #teamtobi #bbnaija