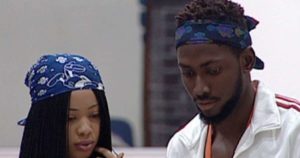 Bringing a close to the intriguing moments and suspense-filled drama of the last three months, is the emotional end of the BBNaija show which saw Miracle claim the top prize. Beyond the prize, Miracle and Nina played out what looks like a love script which has warmed the hearts of millions of Nigerians.

Since the wedding rounds of Banky W and Adesua Etomi, no other couple has been celebrated by Nigerians like Nina and Miracle are currently being adored, they’ve been referred to as the ‘perfect pair’, ‘Mina‘ and several other names to celebrate their love story. But the 3-month old love faces its biggest test now that Miracle has N45 million worth of prizes from the organizers of the show while Nina finished at a disappointing 5th place.

For a love such as theirs, there has been speculations as to how their story would pan out; whether their love story would continue outside the house, and if Miracle would share some part of his prize money with his one-time ‘strategic partner.’

What do you think? Should Miracle share a portion of his N45 million worth of prizes with Nina? Share your thoughts in the comment section.var VUUKLE_EMOTE_SIZE = “”;
VUUKLE_EMOTE_IFRAME = “”
var EMOTE_TEXT = [“DOPE”,”TRASH”,”WACK”,”MAD JAM!”,”JUST THERE”,””]