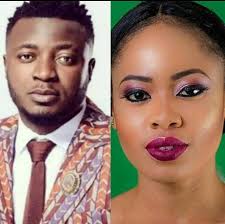 Singer, MC Galaxy has sponsored the campaign of supporters of BBNaija housemate, Nina, with the sum of #300,000.

The singer had earlier made a promise to sponsor the cause of supporters of the beautiful Miss Nina who is amongst the housemates that are currently up for eviction. He made a commitment to fund the campaign for votes for Nina.

Moments later, an account believed to be managing the campaign for votes for Nina, shared on Instagram, that they have received a sum of #300, 000 from MC Galaxy. The post contains the proof of the transaction and gratitude to the singer. MC Galaxy later corroborated the story by re-posting it on his Instagram page.

As I promised I have just credited @nina_ivy_ ‘s account with 300k so keep posting a video of you voting for @nina_ivy_ and 100 people will win 2k each form @nina_ivy_’s page ??