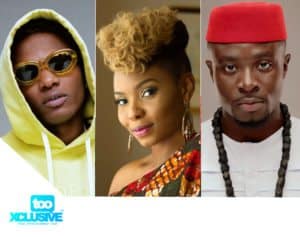 ‘For the first time ever, the #BETAwards2018 Best International Act category winner will be presented on the main stage.’ This was announced on May 16th, 2018, via the Twitter handle of BET Africa and as Africans, we should celebrate it. It is plus points for African music, cheering news for African artistes and good to see organisers of the BET Awards finally take to correction. This singular step would put an end to the many years of discrimination against Africans on a platform that takes pride in “celebrating black excellence.”

BET Awards was launched in 2001 but the Best International Acts Category wasn’t introduced until ten years after, at the 2011 edition of the awards. The news of the recognition swept across the continent, causing excitement and pride to fill the hearts of Africans, many of whom took it as a sign of acceptance and validation from the International community. The excitement lasted till the ceremony where the winners – 2baba & D’Banj never got to climb the stage to receive their prizes. All that was seen of them was that their names appeared on the slide of the live broadcast.

What happened? Why did we not see our darling 2baba & energetic D’banj on the BET Stage? Eagle-eyed observers like singer, Imelda J, who saw the straw in the wind and raised eyebrow. In her 2014 tweet she wrote “@BET just to remind you that we are the root of Africa. We don’t deserve this pls”, claiming Tiwa and Mafikizolo were made to perform in front of technicians and crew, and not a crowd of guests, as we were made to believe.

An explanation from BET would come years later when KKD, one of the African Adjudicators of Awards stated that African artistes never make it to the main stage because the American audience of the awards have their prioritized interest which isn’t our music  and the organisers ’don’t want to lose what they call the battle for the eyeball’, urging us to take the ‘back-stage’ role as Israelites joyfully received heaven’s manna.

Since only few people could see beyond the fog like Imelda could at the time, BET continued to relegate African music with little disapproval to worry about. A lot of African music lovers saw nothing wrong in the ‘second-class treatment’, so long their fave artistes got recognised by BET all is good. The wave of excitement about the new International window opened to African music, remained intense and it was taken, by many fans, as another criteria for comparisons between African acts in their after-office-hours arguments  – ‘2baba has a BET Award, so he is better than Blackface.’ ‘D’banj get BET Award, him na baba. Case closed.’

Subsequent editions of the BET Awards maintained the structure where US artistes got the 5-star treatment while non-US (Africans and U.K.) acts continued to be treated as second-rate participants. Subsequent winners like Sarkodie, Ice Prince, Stonebwoy got their recognition on the back stage except Wizkid who would not be part of it because he would not be treated less than the royalty that he is.

In 2015, the Starboy took a stand against the discrimination against African acts by BET Awards by refusing to be part of the pre-shows and nominees party, which was expected of the nominees. It was said that BET organisers were hurt by Wizkid’s activist act. You would think that Wizkid would come up with an excuse but the  singer showed no remorse and rightly so, when he tweeted about missing the award ceremony, hinting that differences in principles made him dissociate himself. He would later reveal in an interview that he does not attend Award ceremonies where he would only be considered good enough for the back stage and not the main stage. BET Awards organisers must have felt the hard knock.

Ghanaian musician, Fuse OG would later take sides with his brother from another West African state. The singer got nominated BET International Act UK but rejected the recognition because he felt he deserves better than a mock award presentation. To the organisers he tweeted ‘you have no respect for our hard work & achievements.’ The next African voice heard on the topic was that of the goddess of music – Yemi Alade. She dragged BET on Twitter, urging them to stop humiliating Africa, stating that they should ‘pls by all means cancel, delete, omit the ‘Best International Act (Africa) category out of this glorified award.’

The voice of one they say is the voice of none but the voice of the people is louder than the boom of a canon. The pressure from Africa on BET intensified and after seven years the hand of the award organisers has been forced to do what is right – the total inclusion of African music and celebration of its finest acts on the main stage the same way Kanye West and Kendrick Lamar are celebrated and cheered by the ‘real’ audience.

Now, African music has cause to celebrate the victory of earning the respect and appreciation of our ‘brothers and sisters’ in America but this might not have happened without the observing eye of Imelda, without the show of self-respect by Wizkid and Fuse ODG; and Yemi Alade’s call for equality. Self-realisation on the path of BET would have been the other chance of it happening but we might have had to wait for longer years.

The activist stand of artistes like Wizkid, Fuse has helped us score another International feat that would benefit African music for generations to come. Same way Micheal Jackson paved the way for black artists on MTV. This success has bought Africa some time in the call to be treated fairly by the International community. It has broken down the barrier of discrimination against African music by BET and although Wizkid, Fuse ODG and co. were not named on the nominees’ list of the historic BET Award ceremony coming, these activists would go down in the history books as winners.