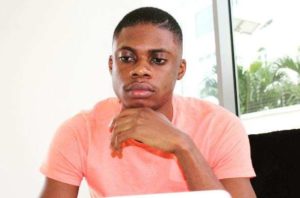 Instagram Comedian, Ebiye has apologised for his ‘distasteful joke’ about Aramide, which caused him intense public criticism. The comedian had earlier reacted to the Headies Award received by the singer, saying ‘she prolly f*cked for the award.’

Aramide claimed the award for ‘Best Alternative Song’ at the 12th Headies Awards and Ebiye posted a picture of the singer receiving the award with a comment that suggests the singer paid for the award in kind. His comment sparked an outrage on social media. Nigerians dragged the comedian and referred to his comment as insensitive.

The heat of the comments got to Ebiye and he has tendered an apology to Aramide via an Instagram post. In his post, he admitted that his comment was insensitive, referring to it as a ‘distasteful joke.’