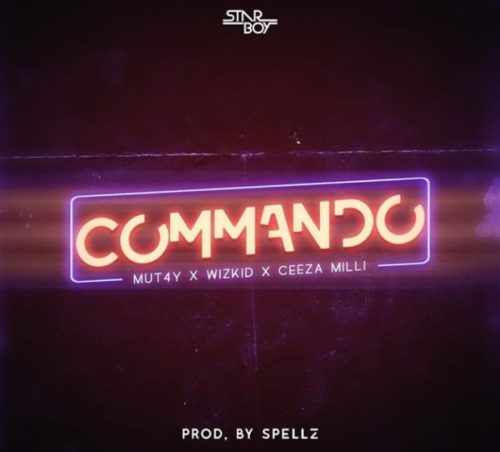 Whenever he wants, however he wants, Wizkid “Commando” knows how to create and hold his season down. This is what he has been doing since his full return to the Nigerian music scene in 2017.

Talking about Wizkid’s new approach to music; he gets these producers to switch the vibes on each of his songs, and then move to keep a Ceeza Milli, Spotless or Terry as side attraction. So in the end, if you are not feeling his vibe, he gives you a substitute. Like his other singles, Wizkid’s Commando is theme-less. It is the basic lyrics we get from him, line like ‘baby come and shake, whine the commando’ is synonymous to the ones we have heard before.

Ceeza Milli on the other hand is a talent to watch out for. Like he did on Soco, Ceeza delivers with his sweet voice that reminds me of the good ol’ days of Mr. May D.

Talking about the production of the song, you would almost mistake this beat for that of Tiwa Savage’s Ma Lo. We can say it’s the spellz effect.

All in All, Commando is the random Wizzy song that we would move on from in a matter of weeks.

The post “Commando” Another Wizkid Genius or Trash? appeared first on TooXclusive.