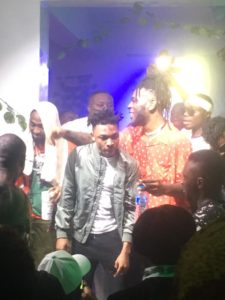 A certain Twitter user whose handle is @Dray_Od, caused internet fever with his tweet with which he compared Burna Boy with Mayorkun.

In his comparison, he suggested that Mayorkun is greater than Burna Boy. The tweet has since caused him a public backlash as Nigerian tweeps gathered to condemn him for his post which read,

Some of the reactions to the tweet have been dismissive while some others contain strong words of criticism for @Dray_Od. Even Mayorkun joined in the conversation to say “Me iNo dey for this one ?????”

Do you think Mayorkun is on the same level as Burna Boy? Share your thoughts below.

You want to be unfortunate

Even Mayorkun won’t think that shii