Davido has sparked serious conversation on the internet with the release of nude pictures sent to him by an unnamed lady. The singer shared the picture on his snapchat along with the short chat he had with the sender who seems to have made a mistake sharing it with the singer. 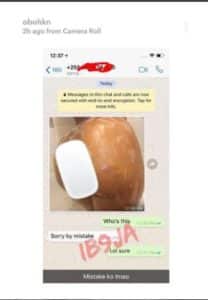