Davido has reacted to the news about his unfriendly exchange of words with a certain Ghanaian follower of his on Instagram.

The Ghanaian follower who operates on Instagram under the username, @KingDanso1, mocked the singer, saying Davido is not even the best in Africa. Davido responded to this comment by saying, “coming from someone with zero achievements! shutup and go and work for imade.”

@KingDanso1 made a comeback, hurling insults at the singer, referring Davido to his father to ask if he made all that (money and achievements) in one day. He also referred to Davido as ‘watermelon head.’ To these insults, Davido responded with a satirical statement. 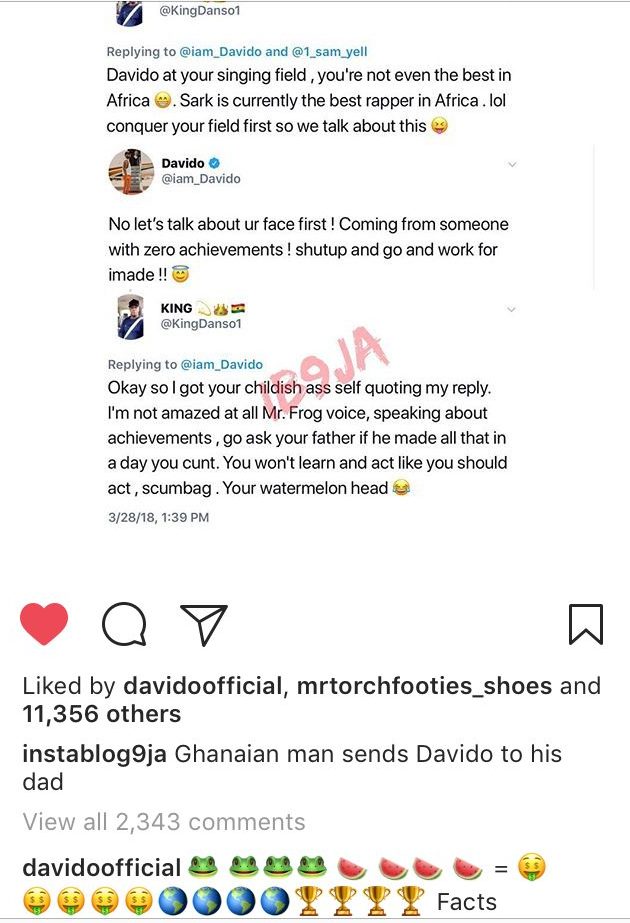 The post Davido Mocks Ghanaian Troll Who Compared Him With Sarkodie appeared first on TooXclusive.