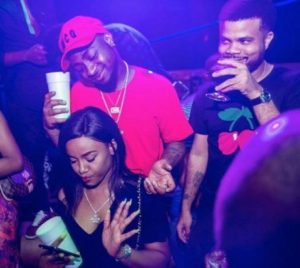 Davido has been very vocal and expressive of the purity of love he has for his new girlfriend, Chioma. The singer seems to have gone to lengths previously not reached just to show how much he cherishes her, and it seems he might have raised the standard one extra level with the reports that he recently recorded a song to celebrate her.

It is believed that the singer channeled his deepest emotions to sing about his love for Chioma on a song which we believe is what is being played in the background of a video that has been trending on the internet.