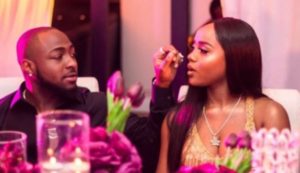 Just last week, during Chioma’s birthday rave, it was reported that Davido turned down a N60 million endorsement offer meant for his lover because it didn’t meet his N100 million target. The latest report has it that the singer has finally secured a ‘multi-million’ naira deal for his girlfriend.

Chioma Avril Rowland, Davido’s lover, celebrated her birthday on Monday, 30th of April, 2018. Davido celebrated her in style, dedicating a song and a video to her on the special day. He threw her a huge party and presented a N45 million worth Porsche SUV to her, as a gift.

This caused Chioma to trend on social media. Nigerians talked about her and the gifts she received from Davido, which the singer called ‘Assurance’; and it happens to be the title of the special song dedicated to Chioma. In the middle of the social media frenzy, Davido announced that he received a N60 million endorsement offer for Chioma but turned it down because it didn’t meet his N100 million demand.

As expected, Nigerians made different reactions to the story. While some were shocked at the amount offered to Chioma, several others doubt the validity of the story. However, it appears Davido has finally helped his lover secure the deal, after he shared a picture of her during a photo session believed to be for her unnamed new sponsor, and tagged it ‘overnight multi-millionaire.’ 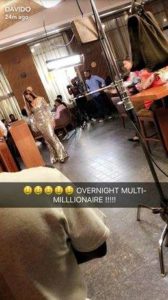