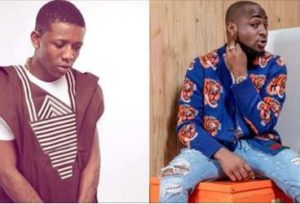 King Sunny Ade’s manager of 40 years, cited instances where Small Doctor and Davido used the legendary singer’s compositions without his approval. He said Small Doctor used some KSA lines on his hit single titled ‘Penalty’ while Davido adopted the line ‘makole marale’, which he used on ‘Dami Duro’, from the Grammy-recognized singer.