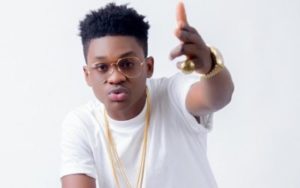 TX news had earlier reported Chocolate City act, Dice Ailes tweeted that he narrowly escaped being kidnapped. The artiste has followed up the tweet with more tweets in which he gave a narrative of how he was lucky not to be kidnapped.

(1) It’s really all fun and games till one of you tries to get home in the middle of the night and you get sandwiched by 2 cars at an under-bridge, and armed men come out one of the vehicles, pointing guns at you & your friends, trying to get you out of your car.

(2) And provisional security that was accompanying you home, driving in front of you, just continues driving and is no where to be found in these moments. I could have been taken away. I could have been killed. But we’re here making pepper spray Jokes.