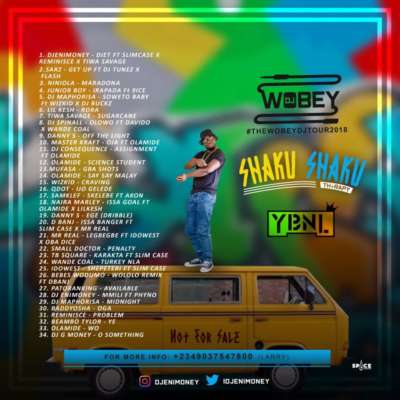 Just before the official YBNL Nation DJ, DJ Enimoney embarks on his first ever tour of Nigerian campuses this year tagged “THE WOBEY DJ TOUR 2018”. DJ Enimoney served to us his new mixtape titled ‘Shaku Shaku Therapy’ which promises to be amazing.

According to the WOBEY DJ, he promises to give out complimentary copies of this mixtape to students during his Campus Tour, coming to your campus soonest!

Nevertheless, this mixtape is nothing but a dope one by DJ Enimoney & kudos to him! Enjoy below.