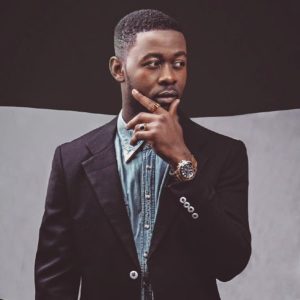 Famous Nigerian music producer, Sarz, hit another popular producer, K-solo, with a vengeful clap back after the latter called him ‘old man’ and suggested that he (Sarz) should give way for younger producers.

Sarz made a comment on the Headies Awards stage, while receiving an award on behalf of Wizkid, saying that although the organizers of the award snubbed him at that edition of the award, he would be back the following year to claim the award for producer of the year.

His counterpart, K-Solo reacted to the comment, advising the ‘Edo Boy’ to ‘leave Headies for new horns.’ He went on to refer to Sarz as an ‘oldman.’

In reaction to the comment made by K-Solo, Sarz dropped some heavy and shady words via a tweet which read,

‘Baba no use your irrelevance stain me.’ 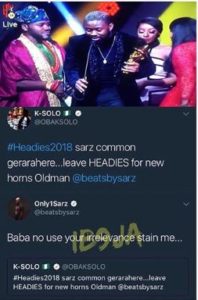 The post ‘Don’t Stain Me With Your Irrelevance’ – Producer, Sarz Claps Back At K-Solo appeared first on TooXclusive.