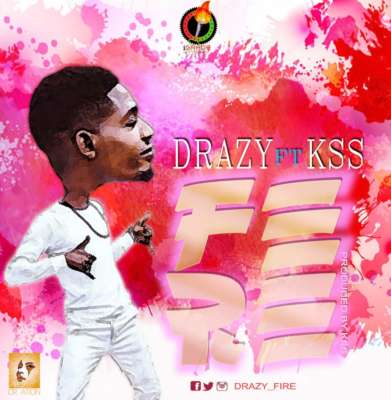 It’s officially Drazy’s day today. Yes, it’s a historic day for the “Wattabambam” crooner as today doubles as his birthday and release date for his most recent project titled “FERE”.
“FERE” isn’t the usual hard core rap song that Drazy (@Drazy_fire) is known for, however he nailed it as always, showing his versatility for the umpteenth time in the process. It’s pretty difficult to put out this much work consistently without the support of any label, but one thing is certain, there’s no stopping this talented young man. Production credit goes to KSS.
Enjoy!