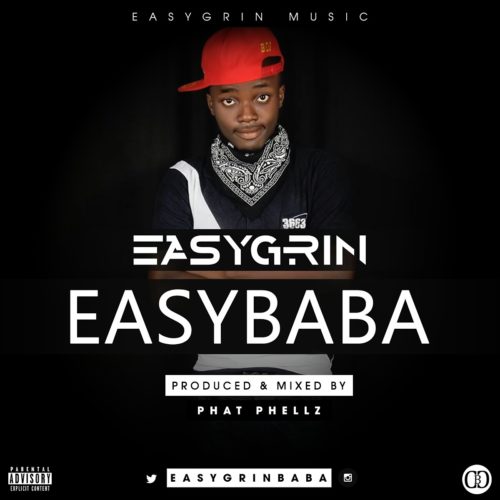 Davido Music Worldwide in collaboration with Easygrin music presents Eghenure Israel Edesiri known by the stage name “Easygrin” born on Oct 12 is an Hip hop Performing/recording Artist and a yoruba rapper, a graduate of Yaba College of Technology where he studied BUILDING TECHNOLOGY who has the raw talent of becoming a mega superstar performed in the DMW pool concert December 22nd, 2016. He is from ugheli North Local govt of Delta state. He started his musical career after the death of dagrin in the year 2010.

Dagrin’s song inspired Him to discover a lot most especially in Yoruba Indigenous Rap. He listened to various genres of local and foreign music, and performed several times in the Mtn Project Fame West Africa and in Institutions like University of Ibadan, Unilag and Yabatech. He also developed his rapping skills by listening to rappers like d Nas, late Notorious B.I.G & 2PAC.

Easygrin comes with Two trending tracks titled “Easy baba” and “Temidire ft Petayor” Produced, Mixed and Mastered by Phatphellz (0803 831 8889, 0805 337 6770). This a smashing hit you would bite your tongue for with  well delivered vocals, lyrics and melody; with a perfectly laced hard-hitting beats. This is Fire !!!