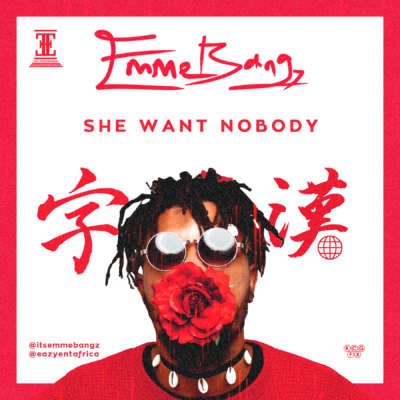 Sensational music artiste/producer emmebangz (born Nnaemeka Ejeahakonye) has made quite an impression since his made his foray into the Nigerian music scene.

The Eazy entertainment front man has grown immensely as an artiste before and after his last effort Titled ‘Shalanga’ which featured multitalented dancehall act ‘Ketchup’ a song well received with encouraging reviews from fans and critics as a goal geter he can only get better and bigger.

Emmebangz blends different genres of music into what he calls Afro-Fusion which makes his sound unique, This new tune tagged ‘She Want Nobody’ is not only different but also tells a true affection story of an unconditional love that transpired between two love birds, you know when a lady says ‘She Want Nobody but you..

There is a lot in stock for 2018 with an EP cooking up already in the meantime enjoy the perfect song for the perfect love season, She Want Nobody by emmebangz produced by ritzy beats.

The post Emmebangz – She Want Nobody | @Itsemmebangz appeared first on tooXclusive.