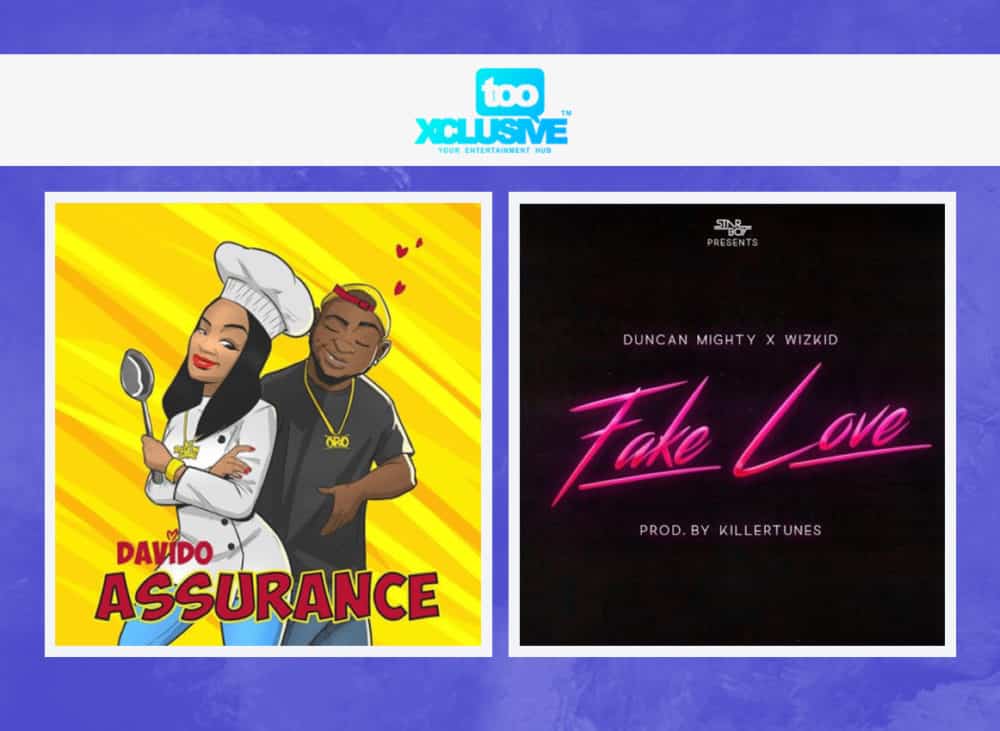 Music superstars Davido and Wizkid are heavy on their new found bromance. Both singers have celebrated and congratulated each other over their most recent feats of victory, having sold out successfully, their concert shows in South America and London respectively. However, the platform of music releases is still one way in which they are being pitted against each other.

This time, it is their songs “Fake Love” and “Assurance” that are jostling for the number one spot on music countdown charts and playlists. While Davido’s song peaked on the charts for over four weeks now considering it dropped ahead of the Starboy’s link up with Port Harcourt’s first son – Duncan Mighty, their collaboration, strategic in its nature, has equally shot up the charts in very little time, tensioning Davido’s position on the charts.

Even though, Olamide & Wizkid’s Kana, Tekno’s Jogodo and Mayorkun’s Bobo retain their positions on the playlist this week, the dilemma is with the coveted number one position which both songs rightfully deserve but only one can have.

Duncan Mighty & Wizkid’s “Fake Love” or Davido’s “Assurance” – which do you prefer?

The post “FAKE LOVE” VS “ASSURANCE” – WHICH DO YOU PREFER? appeared first on TooXclusive.