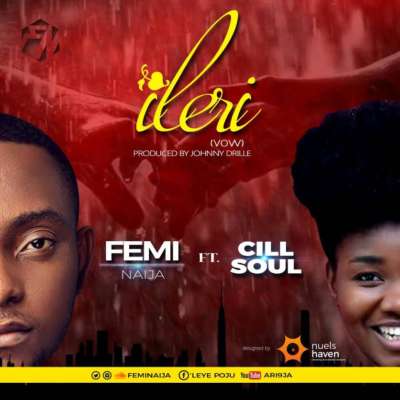 Nigerian serial hit-maker FemiNaija who has enjoyed much success with singles like “Desire” and “Baye Molla” has dropped a new single titled “Ileri” featuring Cill.

The multi-talented music maestro has an uncanny ability to fuse music beats with his sonorous voice  while also maintaining essence, focus and meaning true to African culture and Global appeal.

Illeri is a Yoruba word meaning Vow. it’s a song about a promise to love even though apart. Song was written by FemiNaija and Cill in English, Yoruba and Pidgin English, produced by Johnny Drille and also had Femi Leye on the strings.