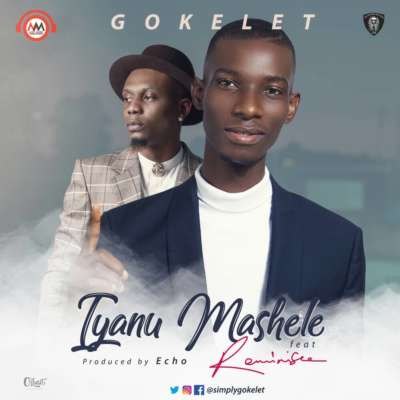 YUSUF OYEGOKE born in Surulere, Lagos, Nigeria and better known as “Gokelet” is a Nigerian Afro pop/ R ND B pop crooner and performing artiste.  He’s currently pushing a movement alongside his boss “wolex” MERIT MUSIC ENTERTAINMENT (MME). He started music at a tender age while listening to the likes of plantashun boiz, style plus and lots of musical icons and later joined a group called “YOUNG BELIEVERS MINISTRY” to sharpen his musical skills while playing the drums and the guitar. He finished his secondary school in OBELE COMMUNITY JUNIOR AND SENIOR HIGH SCHOOL, Randle Avenue, Lagos and studied mass communication at the NATIONAL OPEN UNIVERSITY OF NIGERIA.

After the successful release of his two singles titled “DOING IT ” and “BE MINE” which has been getting air play, buzzing and making waves on the internet.
He’s gone to the drawing board and due to his love for the people In the street…. He is dropping this new tune “IYANU MASHELE” featuring rap monster Reminisce to inspire the hustlers on the street and also a vibe that would give them an insight of a better tomorrow even in a recessional period. A vibe that would be a hit due to its contents, melody and also the connections to the street melody in the vibes!!! Y’all can’t wait to get glimpses of the tune.

Connect with Gokelet on all social media platforms.