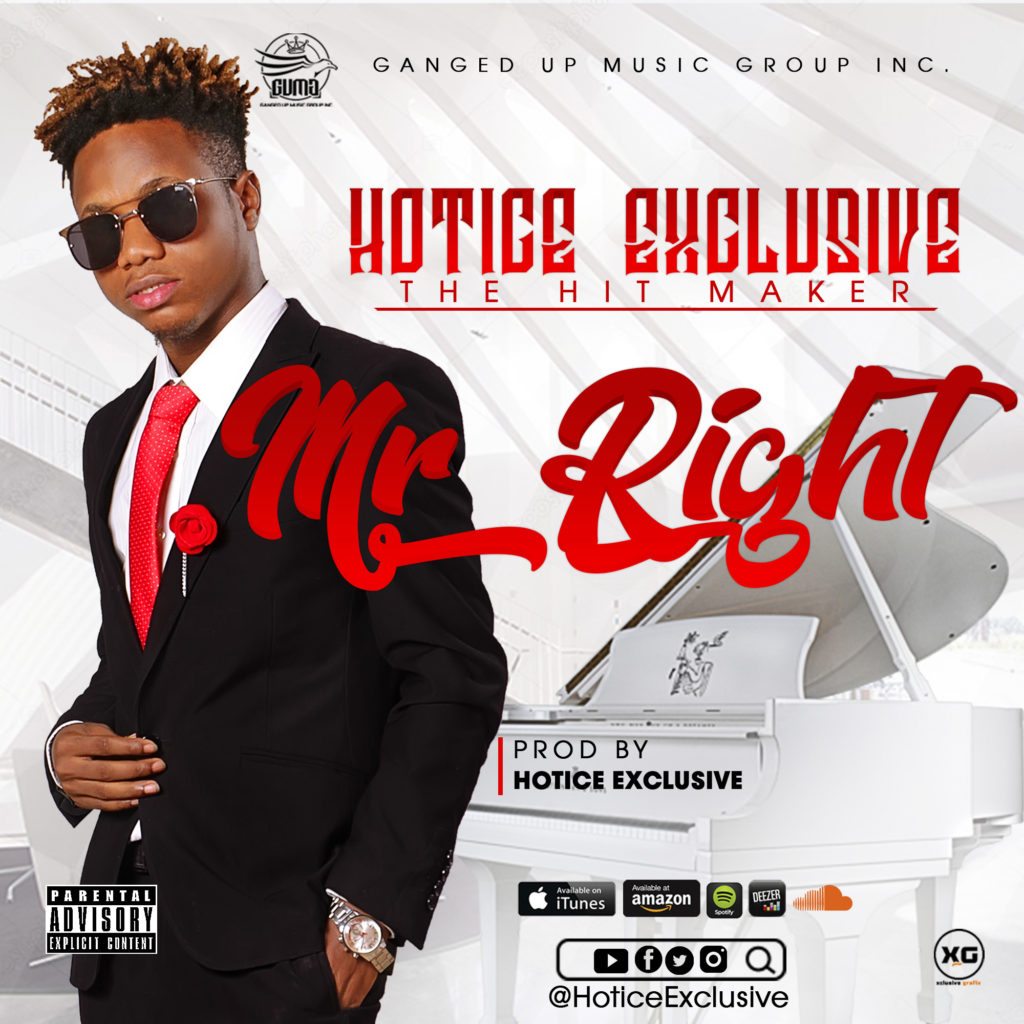 Hotice Exclusive come through with another spontaneous hit song after he released “Faaji” which is generally accepted by his fans and still trending worldwide; He later backed it up with another afro tune “This Season” which was released at the end of 2017. This multitalented artist/Producer has never stopped at giving us nothing but hits back2back as he adds a new music to our playlist and he titles this one “Mr Right” which is a combination of R&B and Reggae flavors, Trust me this song would surely blow your mind. Download now and enjoy this good music.