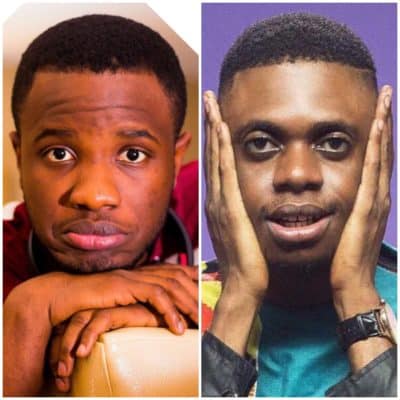 The BBNaija show drama has crossed over from reality TV to actual reality as two of Nigeria’s fine comedians battle it out.

Sometime last week, comedian Dee-One, a contestant of the BBNaija Double Wahala edition who just got evicted on Sunday, directed some of his snide remarks at the person of Ebiye, also a comedian famed for his skits about being Linda Ikeji’s boo.

The TX video team caught up with Ebiye who was obviously irate at the development and decided to react. According to him, it was the first time he was speaking about it, and so he went on to narrate what led to the ‘beef’ before he shocked us with his prophecy that Dee-One would be coming back home.

He even finds a way to add Davido into the mix.

The post I Thought Davido Was The Voice Of Big Brother – Popular Comedian Shades BBNaija Show And DeeOne appeared first on tooXclusive.