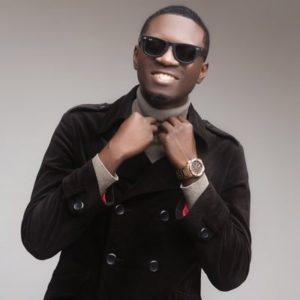 While Kanye West is being roasted on social media for his strange perspective on slavery and American politics, Baseone is starting a Nigerian conversation and he is taking an unpopular angle.

In a lengthy Instagram post, Baseone bared his mind on the topic on slavery and linked it to the Nigerian context. The rapper ‘partially’ took sides with Kanye West who is taking the heat for saying slavery is a thing of ‘choice’. Baseone used the instance of Nigerians trooping abroad in search of a better life, to drive his point home. He opined that most of them leave their native country to foreign lands to do odd routines and he termed it as a form of neo-slavery. He stated in his post that these set of people have a choice of making their home country a better place but instead they choose to go abroad where they are treated as slaves.

WE HAVE A CHOICE .. LETS BUILD OUR HOME #myopinion #kanyewest #saynotoslavery – IRUNMOLEBASE

The post If Not For “Yahoo Yahoo”, Nigeria Would’ve Been Red – Rapper, Baseone Sides With Kanye West On Slavery appeared first on TooXclusive.

Share the post "If Not For “Yahoo Yahoo”, Nigeria Would’ve Been Red – Rapper, Baseone Sides With Kanye West On Slavery"