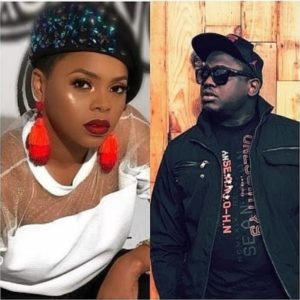 The circumstance surrounding the exit of Chidinma from Capital Hills Records has raised questions especially because she has struggled to keep her foothold since the exit. During an encounter with Sunday Scoop, one of the co-founders of the label, Ill Bliss shed light on why the label decided not to renew the contract of Miss Chidinma.

During the chat, Ill Bliss stated that it was the decision of the record company not to renew Chidinma’s contract when it expired. The rapper said,

“Chidinma didn’t just wake up one morning and leave the record label. Didn’t you guys see that the relationship degenerated? Her contract expired with Capital Hill and we did not want to renew it. We are the record company; so, we decide what to do with an artiste we create.”

According to him, when they started Capital Hill Records, there was no plan to keep artistes for a long time: “From the start, Clarence Peters and I didn’t plan to keep artistes for too long. Phyno stayed for a year too. There is always a problem when you start to keep an artiste for too long because you want to recoup all the money you invested in him or her and make a huge profit too. We made some good money from these artistes; we made enough money to break even and cover all our expenses,” he said.

He added that when Chidinma’s contract expired after seven years with the company, they believed she needed to build her own team:

“Chidnma knows where to find us and she knows we will always help her if she needs our help. We only have me and Mz Kiss on the label at the moment,” Ill Bliss added.