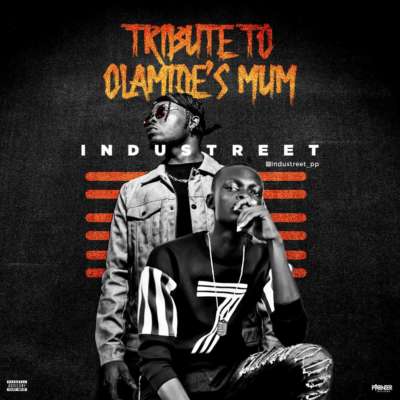 Industreet was formally called lyttu baba. Born Adam Sola, an undergraduate of Lead City University. The young and talented artiste kicked off his musical career since 2013. The zealous and always working on something artiste kept on and never relented in pursuing his career.
In this song titled “Tribute to Olamide’s Mum”,he sympathizes with Olamide Baddo on his mother’s demise and condoles him.
The song is a must to hear by everyone especially by the street.
Industreet – Tribute To Olamide’s Mum