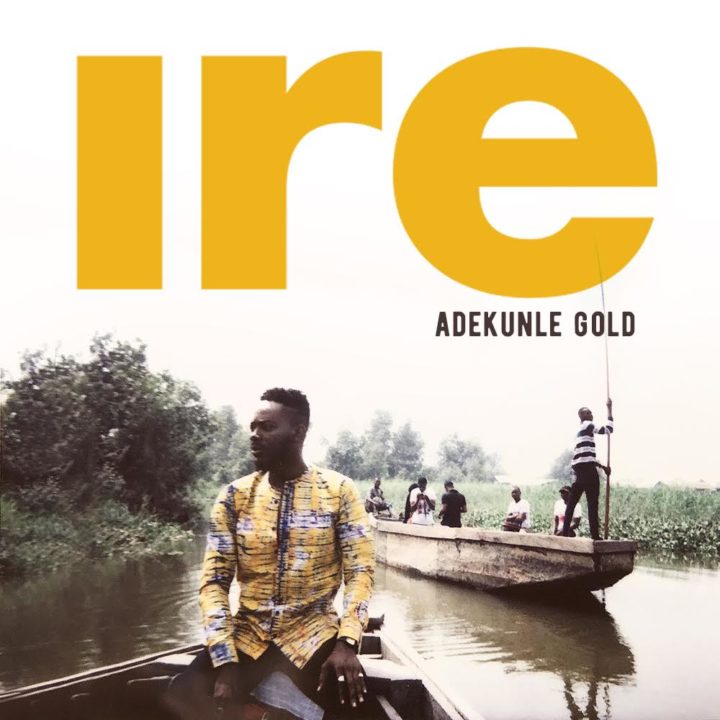 Adekunle Gold is one of our very few talents that understands the meaning of the word originality, and what it should connote when applied in different spheres of entertainment – his being music.

Even though he was discovered into a musical unit whose collective success could be majorly tied to the event of trends, he has excelled at managing a small niche that once wrestled hard to attain commercial status like the other genres polarized by the industry’s leading folks.

With the release of ‘Ire‘, Adekunle Gold ascertains musical purpose from a firm grasp on the art form we now refer to as ‘Afro-Alternative’ which he appears to have settled comfortably into. The onus now rests heavily on this small community of creatives with ‘Kunle as the unofficially constituted honcho to further catalyze the commercialization of this unusual order of sounds from this side to the much relished other side. Read our thoughts on this!

@dahnielz Oh Adekunle Gold! the talent disposition in this man is just too much. While many of us still crack our brains to fix a genre for his kind of music, we can’t help but to let loose our amazement of his delivery on IRE.

Several times in the Nigerian music industry, we give unnecessary hype to songs that shouldn’t have made it out of the studio room, that we forget the ones that deserves daily airplays for years, if not centuries to come.

The use of the ‘Ilaje’ choir on this sonorous tune is probably the best music idea I have witnessed in a long time.

Ire is spiritual, it cuts across religion or ethnicity. It is the kind of music that reminds us that all hope is not lost for a Nigerian artiste to clinch the Grammy Awards… Yes I said it, the Grammys.

Right now the only thing I’m looking forward to, is the amount of good music Adekunle Gold will bless us with when the ‘About 30’ drops.

@jimancipation I do not think there is any song in very recent time that speaks the kind of sincerity, communicates this order of truth, entreats the message of hope, showing the depth of heart and revealing the rawness of soul, like Adekunle Gold’s “Ire”. This, in my opinion, is the sole essence of music. Music that one can never get tired listening to. Music that is exceptionally beautiful in its assemblage of parts – from the dynamism employed in laying the vocals – to the formation of harmonies on the backups – the blend of percussion instruments in effortless audible sync with the strings, and of course engaging innuendos that structured the song lyrics.

“Ire” has the absence of the usual story-telling device, which has become especially synonymous with ‘Kunle and his sonorous concocts. I feel like it speaks to his talent versatility in creating relevance and giving value to whatever he decides. It is so original that it reaffirms my belief in this new generation of impacting sounds, Africa needs to do better in promoting in order to gain proper recognition and appreciation for music that comes from a deeply and culturally rooted source (people).

What result speaks better of a fail-proof theorem in simplistic simplicity that quells down concepts about creative sophistication than a song of this nature? If rappers, country-rock musicians and seasoned R&B singers are finding reason to apply themselves on this Afro-fusion goodness, then you know the ante definitely has been upped this time. Lest I forget, watchout for Seyikeyz!