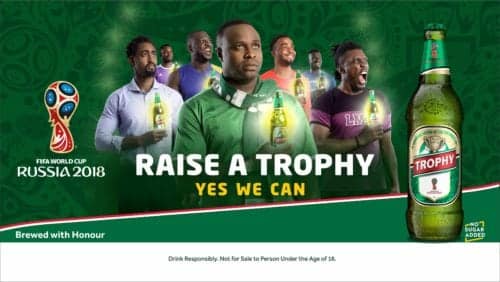 Records, just like jinx, are meant to be broken. Football is known for upsets and that is what keeps the game going. At its first appearance at the world cup in 1994, Nigeria was regarded as an underdog but it went as far as the second round before it lost in a tough encounter against Italy, the tournament’s eventual runner-up. At the Atlanta ’96 Olympics, no one gave us any chance of winning the Olympic gold for football. In a tournament that paraded intimidating names like Ronaldo de Lima, Rivaldo, Ronaldinho, Bebeto, Crespo, Ayala and Ortega, Nigeria ruled the world by crushing giants, Brazil and Argentina, on its way to victory.

It is noteworthy that Nigeria did not lose any of its FIFA World Cup Russia 2018 qualifying matches. The team performed beyond the expectation of many when it defeated star-studded Argentina 4-2 in a friendly match last year. The atmosphere around the team is palpably positive. The team is dominated by an array of youthful and determined players who are hungry for victory. One-time world footballer of the year and Liberia president George Weah has said, ‘we will be there to watch them (Nigeria), for them to bring the trophy for the first time if it is possible.’ 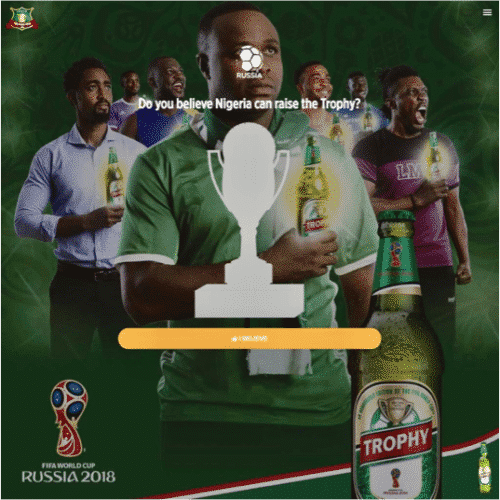 We did it in 1996; we can do it again. Trophy Lager believes we can #RaiseATrophy in Russia and we are looking for Nigerians who believe that it is possible, to join us in building the biggest Trophy monument in support of this belief. We know you believe so the Trophy belief-o-meter page is for you! So go to the Trophy belief-o-meter page Click here and vote in support of Nigeria and contribute towards the building of the biggest Trophy monument in support of the team.var VUUKLE_EMOTE_SIZE = “”;
VUUKLE_EMOTE_IFRAME = “”
var EMOTE_TEXT = [“DOPE”,”TRASH”,”WACK”,”MAD JAM!”,”JUST THERE”,””]

The post It Is Time To Show Our Belief… Join TROPHY LAGER To Raise The World Biggest Trophy appeared first on TooXclusive.