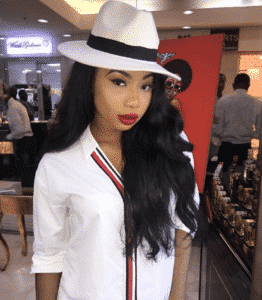 Singer turn fashion entrepreneur, Mocheddah has come out to reveal her 4-year long battle with depression. The beautiful lady who has been away from the music scene for a long time, took to Instagram to share her tale.

She encouraged people suffering from depression to seek help and people who have people like that around them to be more open to helping them.

I suffered depression for over 4 years – Mocheddah. [Swipe]