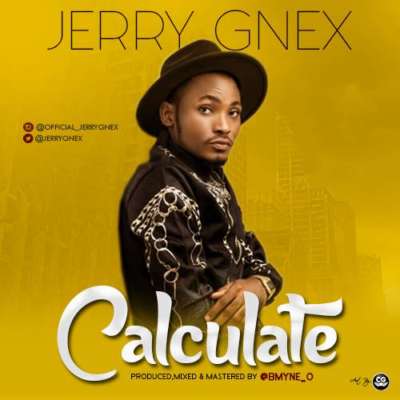 Esho Jeremiah Gbenga (born 20th May, in Surulere, Lagos State, Nigeria), hails from Osun state, better known by his stage name Jerry Gnex, (GNEX as an acronym means ‘Greatness Not Exceptional’). Jerry Gnex is currently an independent singer, songwriter and performer. Over the years, he has been sampling different genres of music to get his sound, he has rapped, sang and chanted well and finally mastered his sound which he majors in called “Afro-fusion”.

He started his music journey in 2007 where he was part of a group and later went solo in the following year and ever since been sharpening his skills and recording great music. He is a graduate of Pure and Applied Geology from Ladoke Akintola University of Technology, Ogbomosho, Oyo State. Jerry Gnex has released songs like Be My Girl ft. Adol, and Blessings complemented with the video of the latter just to mention a few.

He kicks off year 2018 on a great note by teaming up with ace producer, B’myne, to make this Afro-fusion classic and masterpiece titled ‘Calculate’ for the pleasure of your listening ears. Kindly Enjoy.