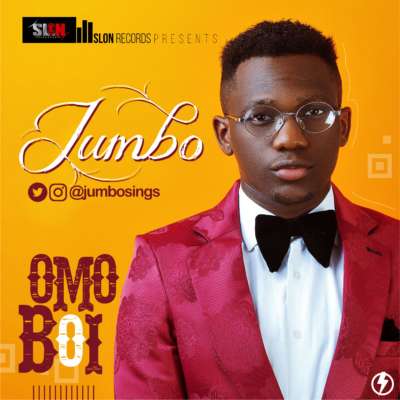 Young and promising music artiste,  Olawale Michael Ogunleye known as JUMBO , recently made his entrance into the music scene with a new single titled ‘Omo Boi’ .

The song is an afro street song  which is enjoying Air Play at different clubs and also on Radio Stations.
Produced by Mystro Beats , Omo Boi inspires the youth to think and bring out their innate abilities to work.

Jumbo who studied Computer Science at the National Open University of Nigeria , along with his management, Slon Records, plans to make a great impression in the industry.

Jumbo Started Music in his Early 20s, as a choir member and got into studio production fully in 2011, has three singles to his credit namely ‘Good Life’, Oreke and ‘Ariya’.

He just got  signed up to Slon Records make and penned a management deal with M4 Synergy Limited , and they are all set to create the platform that will help him make a name in the music industry.