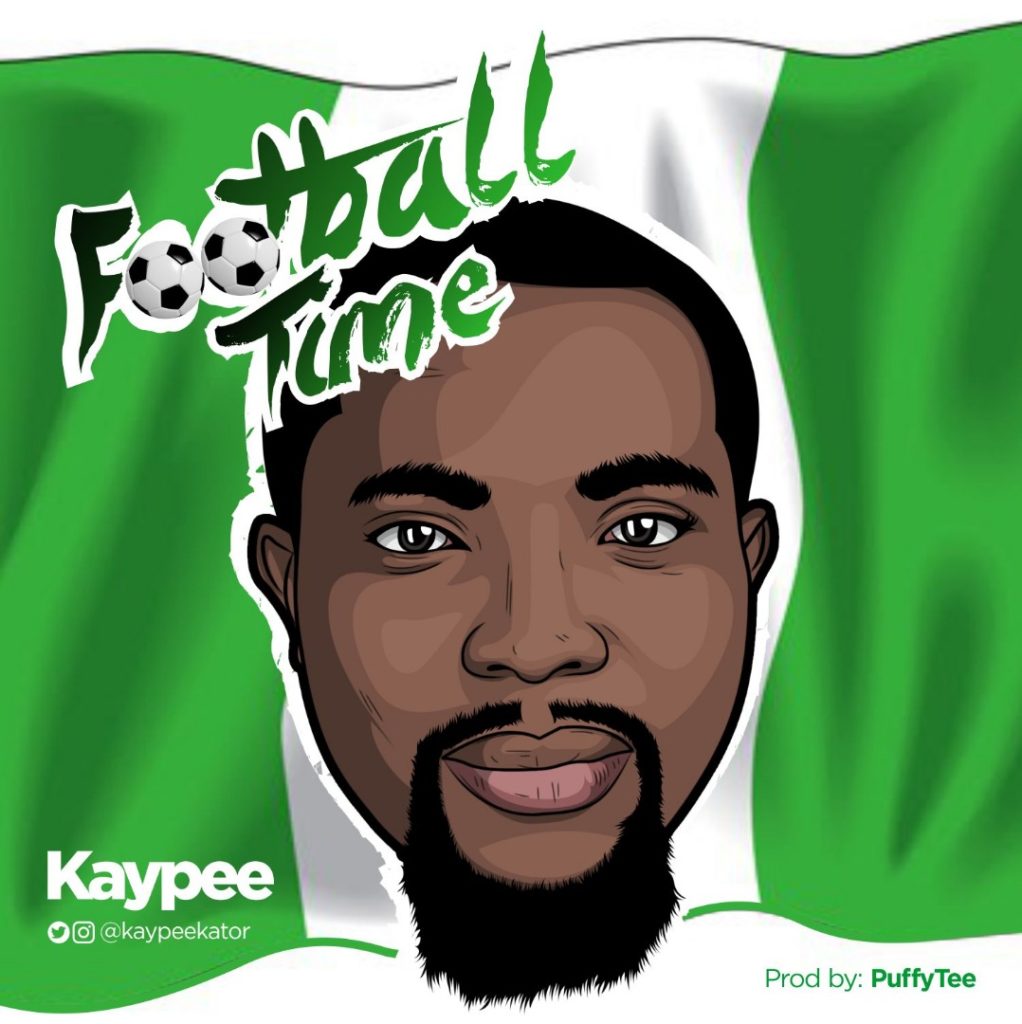 Kator Prince aka MC kaypee who hails from Ughelli south local government, in delta state, Nigeria, he is a graduate of computer science education, from The University, of Benin ,he is a prolific entertainer who started displaying his muli-talent in the church of God mission’s choir as a chorister , drama co-ordinator.

On gaining admission in to the University of Benin in 2003 he excelled in the world of entertainment by showing his versatility as a musician and MC/comedian.

His first contact with professional music was under the direction of Timothy Aluko aka Altims now ace producer of MAVIN RECORDS and PUFFY TEE producer of numerous hit songs in Nigeria one of which is yahoozee, his talent was noticed by fans when he gave a five star performance at the Glo naija sings in 2010, then went on to co-star alongside Julius Agwu at kas 11-11-11 album lunch concert at landmark event center in 2011.

His creativity and the love for the game of football is the inspiration of his latest football anthem titled “FOOTBALL TIME” produced by ace producer PUFFY TEE.