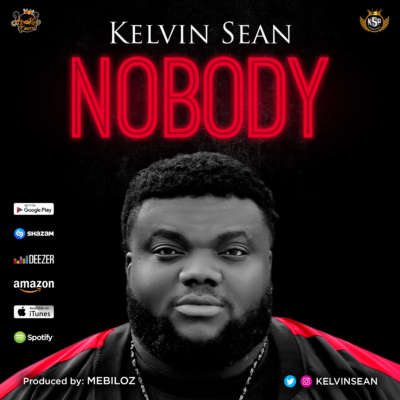 Nobody is a song written and performed by Kelvin Sean and it’s guaranteed to get you dancing
non-stop. The smash hit is produced by Mebiloz and mixed by soft mix.

When interviewed about the song, Kelvin Sean said “I wanted to create a Shaku Shaku dance song with relatable Lyrics;
everyone can understand and relate to”. Download this Jam and share with friends.

The post Kelvin Sean – “Nobody” appeared first on tooXclusive.