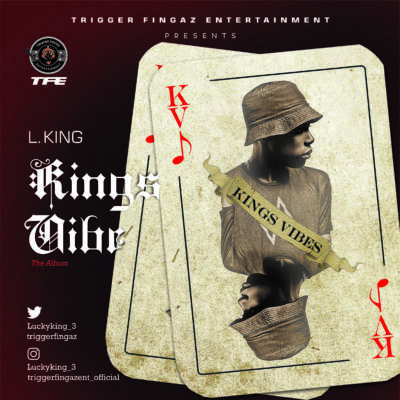 L.King is a Benue state cum Lagos lad by birth. The 20 year old artiste is an undergraduate of UNI-LAG endowed with a distinct voice and style that clearly sets him apart from his contemporaries in the industry. Playful with words and deep in content L.king is guns for a multi-genre album to showcase his diversity in music delivery.
Kings Vibe is an album that cuts cross different genres of music such as Hiphop, trap , Afro , Afro pop and a blend on High life featuring talented artist such as Vianee who is also signed to Trigger Fingaz entertainment and other industry talents such as Chapter 4, Drims and Verse.
The tracks are produced by professional music producers Beats by jay, Ipitch and Mvel . This album is released under the management of Trigger Fingaz Entertainment.
Get album here
See track list below 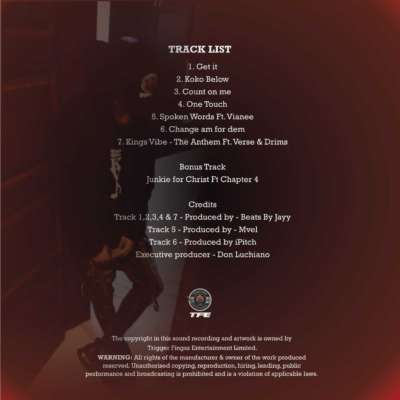