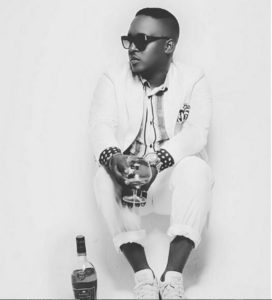 M.I Abaga is set to share a peek of his highly anticipated Young Denzel album with his fans during an exclusive listening livestream session on YouTube, which is scheduled for today, 8th February 2018 at about 7.45pm.

M.I recently returned from what can be described as a hiatus with a lot of words to say about the state of Hip-hop in the country and he sparked a serious conversation with the release of Fix up your life, which went on to become one of the most talked about rap music of 2017.

The revered rapper has decided to walk the talk with series of social media teasers and the imminent release of an album as he looks set to lead the pack of Nigerian rappers in the cause of reviving the dying Hip-hop culture in the country.

The Young Denzel album is set to be met with good acceptance especially considering the fact that M.I has shared experts of the album in social media posts and during interviews. All of these alludes to the brilliant and beautiful components of the forthcoming project.

The post M.I Wants You To Hear His New Album || Join The Exclusive Live Streaming Session On YouTube Tonight appeared first on tooXclusive.