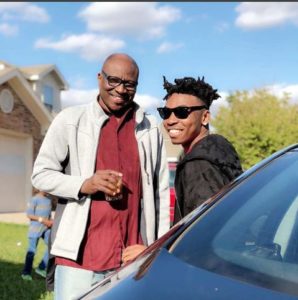 Singer, Mayorkun has put the industry in the mood of familial love with his touching story of how he recently met with his dad after two years apart.

The DMW singer took to Instagram to share the story of his reunion with his dad which happened in Texas. In his narrative, he stated that he has not met with his dad in 2 years and at the last time he met his dad he was only ‘Mayowa’ and not the pop star that he is today.

He stated that his dad came to Texas for his show and they shared a rare moment of father-son love. The singer shared his picture with his dad in his post and it has since evoked multitude of awww-like comments.

Lol I hadn’t seen my dad in over 2 years, Yesterday; for the very first time he met me as ‘Mayorkun’ & not ‘Mayowa’ as he’s used to! Haha..

The post Mayorkun Reunites With His Dad After Years Apart appeared first on TooXclusive.