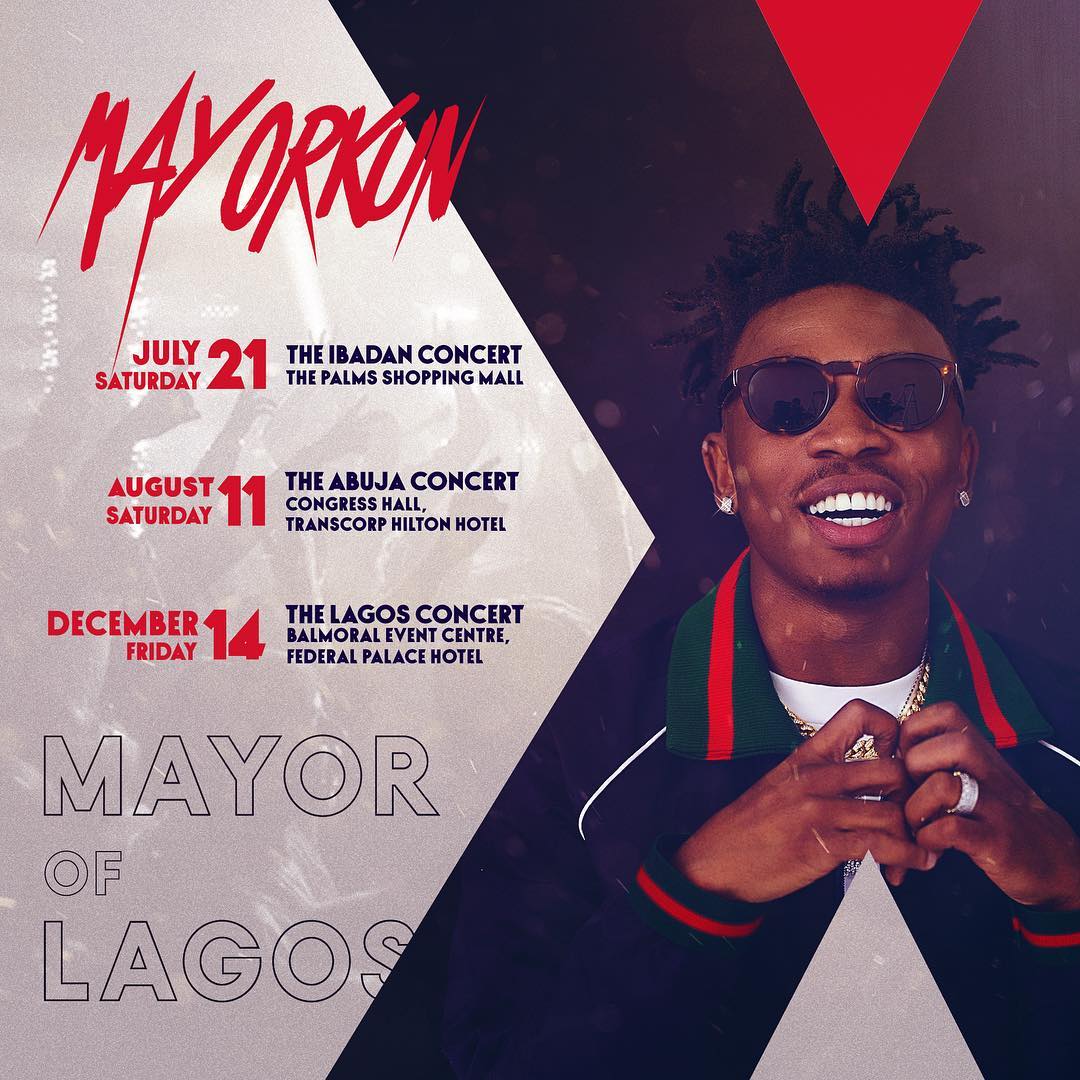 Off winning the highly coveted “Next Rated” award at the 2018 Headies Awards; DMW pop star Mayorkun is set headline 3 concerts across Nigeria this year.

The pop star who will be dropping his debut studio album in the last quarter of 2018; will rock Ibadan, Lagos and Abuja as part of his “Mayor of Lagos” concerts.

Mayorkun just finished a tour of 16 cities in America, and will be kicking off this series in Ibadan in July, then heading to Abuja in August and concluding the concert series in Lagos come December.
MAYOR OF LAGOS
(THE IBADAN CONCERT)
THE PALMS SHOPPING MALL, IBADAN
JULY 21ST 2018
MAYOR OF LAGOS
(THE ABUJA CONCERT)
CONGRESS HALL, TRANSCORP HILTON
AUGUST 11TH 2018
MAYOR OF LAGOS II
BALMORAL EVENT CENTRE, FEDERAL PALACE HOTEL
DECEMBER 14TH 2018
Tickets on sale from June 8th.

The post Mayorkun Set To Hold “Mayor or Lagos” Concerts in Ibadan, Abuja & Lagos This Year appeared first on TooXclusive.