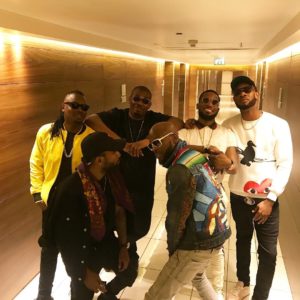 Members of the defunct Mo’hits group are planning to hold a reunion concert which would see them tour about 10-15 cities, this was revealed by D’banj to NetNG.

Recall that Davido gathered members of the group “Mo’hits” to perform together on stage during his 30BG concert last year. That was their first group performance since their official break up.

D’banj revealed the big plan when he said,

“After the 30 Billion Concert, offers have been coming in. We have an offer for Moh’hits to tour ten or fifteen cities.”

D’banj and Don Jazzy started Mo’ hits in 2004, but Wande Coal, D’Prince, Dr Sid and Kayswitch joined later. The group, however, broke up in 2012.

Don Jazzy is now the CEO of Mavin Records while D’banj has DB Records.